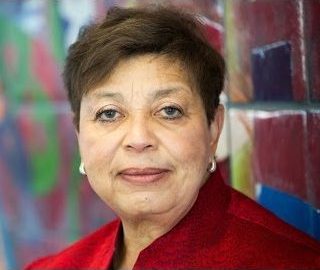 Myran Parker-Brass is an educator, executive and consultant with over thirty years experience in the non-profit sector providing access to quality education and arts and culture. A key focus of her professional career has been working with organizations on strategic and transition planning, program development and implementation, collective impact model development and public-private partnerships.

She has held senior leadership positions with the Boston Public Schools, the Boston Symphony Orchestra and Longy School of Music at Bard College.  Myran has received local, national and international recognition for her work in arts and culture, arts education and arts policy reform.  In 2015 she was appointed by the Mayor to the Steering Committee which developed “Boston Creates”, the city’s first cultural plan in more than 20 years and for six year during the Obama Administration she worked with the President’s Committee on Arts and Humanities on their national TurnAround Arts Initiative. Myran is currently a lead member of the Statewide Arts Coalition elevating the role of arts and arts education in Massachusetts, initiating legislation and policy reform.